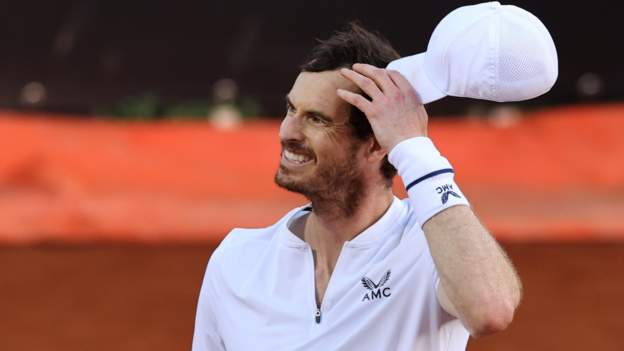 Andy Murray will not play at the French Open and will instead focus on preparing for the grass-court season.

The British former world number one played doubles with Liam Broady at the Italian Open but turned down a wildcard for this week’s Geneva Open.

Murray’s doubles return was his first match since March, after he pulled out of the Miami Open with a groin injury.

It is believed the 34-year-old is still feeling some discomfort and, therefore, has chosen to miss the French Open.

Murray is now back in London preparing for the grass-court season before Queen’s and Wimbledon.

Queen’s starts on 14 June and Murray recently said he “cannot wait” to play in front of British fans again at the west London club event.

There may also be other options for him to play on the grass-court circuit.

Murray has been able to play just 11 tour level matches since winning the European Open in October 2019.

Pelvic and groin injuries, plus a bout of Covid, have frustrated his attempts to compete at the elite level since winning the title with his metal hip in Antwerp.

The decision to skip the French Open seems a pragmatic one, as Wimbledon is by far and away his best chance to make some inroads at a Grand Slam.

His will play at Queen’s Club in mid-June, and would be very welcome in either Stuttgart or at the Challenger event in Nottingham the week before.

But of course there are no guarantees, as the 34-year-old has found long periods of fitness elusive for more than four years now.