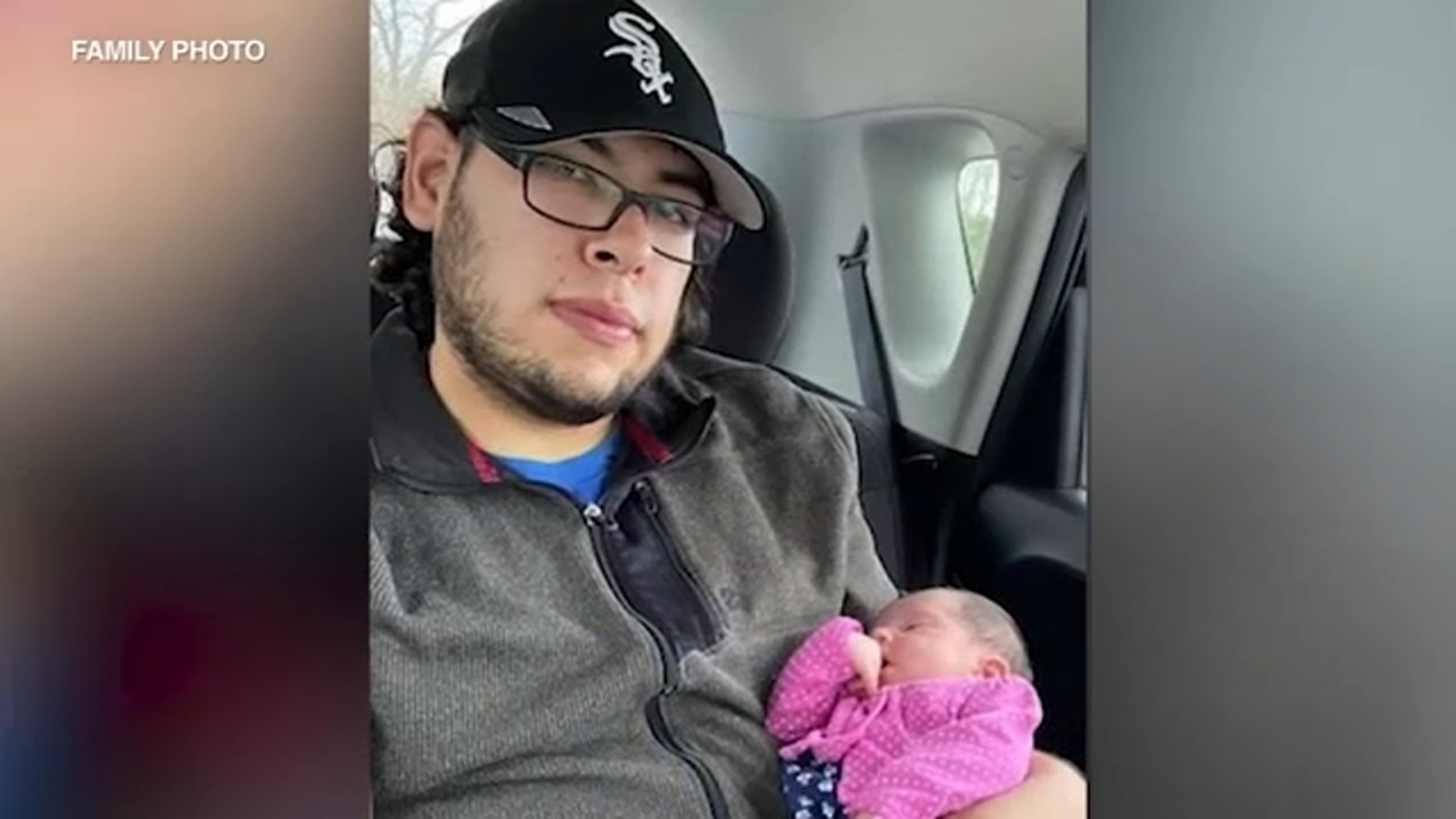 BERWYN, Ill. (WLS) — An argument inside of a Berwyn grocery store turned violent on Friday.

Two good Samaritans were stabbed as a result, killing one of them.

Kevin Landau was one of the men who found themselves caught in the middle.

“I did not even know he had a knife,” Landau said. “I did not know he stabbed a guy. I just knew he hit a little girl.”

RELATED: Humberto Guzman identified as good Samaritan stabbed to death trying to break up fight by angry customer at Valle’s Produce in Berwyn

Barrios allegedly punched the 14-year-old girl in the face after he accused her of cutting in line to buy a bottle of water at the Valli Produce, according to police.

The girl was in the store to visit her mother, who worked there as a cashier, and was asking her mother about the price of a bottle of water.

The girl told the customer she wasn’t cutting in line, but police said the man began swearing at her and then physically attacked her, punching her several times in the face.

“He started punching her,” Berwyn Police Chief Michael Cimaglia said. “The mother tried to intervene and protect her child, and then the mother got punched.”

Humberto Guzman, who was making a delivery at the store, tried to intervene.

That’s when detectives said the suspect pulled out a knife and stabbed the 32-year-old good Samaritan and father to death before running out of the store and stabbing Landau too.

“When I got in arm’s length, he turned around like he was going to hit me. I tried to dodge it. When he backed away, I saw a knife in his hand and I felt something on my stomach,” Landau described. “When I turned around and lifted up my sweater I saw it and I just held my chest.”

RELATED: Man stabbed in throat for refusing to give spare change on Near North Side; attacker in custody, police say

“Pulling out a knife and injuring two individuals and killing one of them, obviously there’s something not right with that individual,” said nearby business owner Jesus Salazar.

Police found the suspect covered in blood in a backyard in the 2300-block of Cuyler Avenue and took him into custody.

Guzman leaves behind a wife and 6-month-old baby.

“I never knew him but it sounds like he was a great guy,” Landau said.

Landau is now recovering and sending his prayers to the Guzman’s family.

“I hope they know he is a hero for trying. Unfortunately, he lost his life for it,” Landau said.

Police said Barrios has no history of violent crime, and they’re not aware of any previous disputes at Valle’s.

The teenage girl was treated at a hospital for her injuries, police said.

Barrios is due in court Saturday.

Man gets 5 years in prison after carjacking

96-year-old crossing guard hopes to make it to 100

admin - May 15, 2021 0
Jewish worshipers lingered at the holy site of Mount Meron on Friday trying to understand how the disaster unfolded. The scene of the disaster...