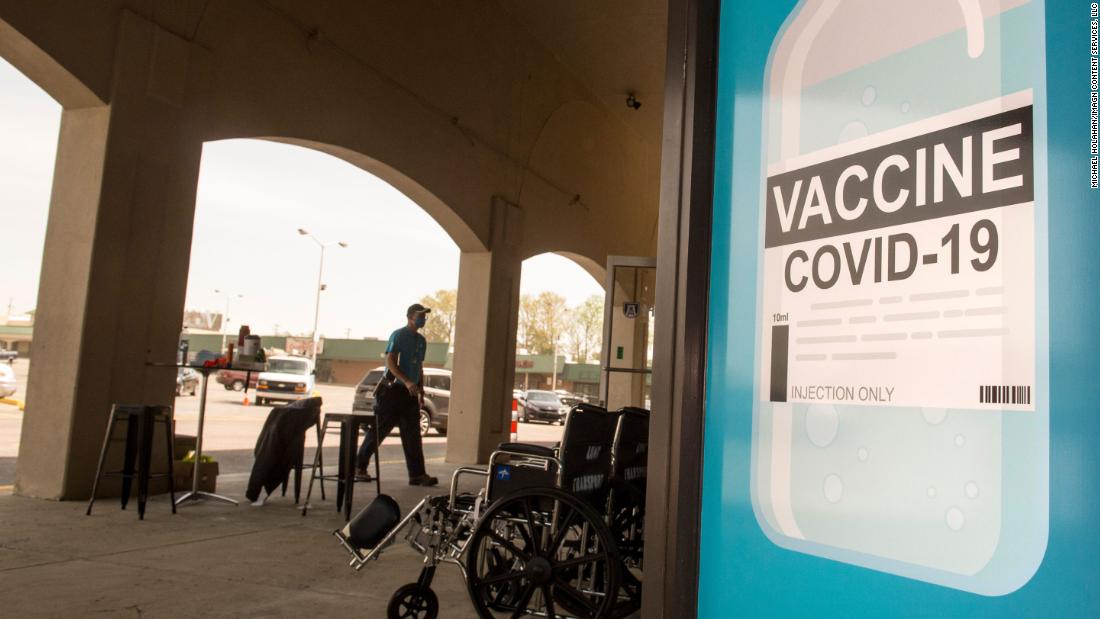 “Right now, the declines that we’re seeing we can take to the bank,” he said. “I think we can feel more assured because they’re being driven by vaccinations and greater levels of population-wide immunity — not just from vaccination, but also from prior infection.”

“Some areas are doing very well with greater than 65% coverage for those over the age of 65… but many areas have far less coverage, less than 47%,” she said. “Because this virus is an opportunist, we anticipate that the areas of lightest vaccine coverage now might be where the virus strikes next.”

Experts have stressed for months that the best way Americans can protect themselves — and their communities — is through Covid-19 vaccinations which can, when enough people are vaccinated, suppress the spread of the virus.

“I think it’s really important to understand that vaccines work best at a population level, not at the individual level,” infectious diseases specialist and epidemiologist Dr. Celine Gounder told CNN on Saturday. “If you’re in a community that is swimming with virus, 95% reduction is good, but you’re still at risk.”

“Really the best way to reduce the risk for all of us is for as many people to get vaccinated as possible,” Gounder added.

US Surgeon General Dr. Vivek Murthy also highlighted the importance of widespread vaccinations in Friday’s briefing, calling this “one of those moments where we have to decide who we are as a country.”

“Are we 300 million people who happen to live in the same place? Or are we fellow Americans who recognize we’re stronger when we care for and protect one another?”

“If we do this together,” he said, “We will turn this pandemic around.”

But in some parts of the country, local officials are reporting drops in demand for Covid-19 shots.
And in just a few weeks’ time, the US could hit a “tipping point” on vaccine enthusiasm and supply will likely outstrip demand, a Kaiser Family Foundation report said.

“Once this happens, efforts to encourage vaccination will become much harder, presenting a challenge to reaching the levels of herd immunity that are expected to be needed,” the report said.

So far, roughly 41.8% of the US population has received at least one dose of a Covid-19 vaccine, CDC data shows, and about 28% of the population is fully vaccinated.

Some experts, including Dr. Anthony Fauci, have estimated somewhere between 70% to 85% of Americans need to have immunity to the virus — either through vaccination or previous infection — to control its spread.

Behind the slowing vaccine demand are several factors, experts say, including vaccine hesitancy.
In its latest Covid-19 briefing, the University of Washington’s Institute for Health Metrics and Evaluation wrote that the “slow erosion of vaccine confidence unfolding over the last two or more months is cause for concern.”

“Facebook runs a survey every day, and we look at that data on a daily basis and that’s shown that vaccine confidence in the US has been slowly but steadily going down since February,” IHME Director Dr. Chris Murray told CNN on Friday.

“There’s a lot of people out there, and it’s a growing fraction of people, who are not sure they want to get the vaccine, and that’s really important that we overcome that,” he added.

Some officials worry the recent recommended pause on the Johnson & Johnson Covid-19 vaccine could have also further fueled hesitancy. But Fauci said on ABC’s “This Week” Sunday he hopes it will boost confidence in vaccine safety, both in the US and globally.

“I think in the long run what we’re going to see, and we’ll probably see it soon, is that people will realize that we take safety very seriously,” he said. “We’re out there trying to combat the degree of vaccine hesitancy that still is out there, and one of the real reasons why people have hesitancy is concern about the safety of the vaccine.”

The CDC and the Food and Drug Administration lifted that pause recommendation on Friday, saying the vaccine label will be updated to warn of blood clot risks.

The administration of the J&J vaccine can resume “immediately,” Walensky said Friday.

The pause contributed to a decline in the total number of Americans who got vaccinated last week, the CDC’s Dr. Amanda Cohn said Saturday.

“Last week was the first week that we saw a decline in vaccination, in terms of the total number of people who got vaccinated over the course of the week, and there is clearly the contributory factor of the pause in the J&J vaccine,” Cohn said.

In a statement on Saturday, New York Gov. Andrew Cuomo announced the state would immediately resume administering the J&J vaccine at all state-run sites.

“The vaccine is the weapon that will win the war against COVID and allow everyone to resume normalcy, and we have three proven vaccines at our disposal,” the governor said in a statement. “The sooner we all get vaccinated, the sooner we can put the long COVID nightmare behind us once and for all.”

CDC: About 8% of Americans have missed second dose

Here’s another potential problem: A growing number of Americans have missed their scheduled second dose of a coronavirus vaccine, according to data from the CDC.

About 8% of Americans have missed their scheduled second dose — up from about 3.4% back in March, per CDC data.

It’s not an exact count. The CDC is collecting data on vaccinations, but states don’t report information immediately and must gather it from mass vaccination sites, retail pharmacies and various other vaccination efforts.

“If a person received the two doses from different reporting entities, those two doses may not have been linked together,” a CDC spokesperson said.

“For example, if a person received their first dose at a clinic run by the state, and second dose from a tribal health clinic, they might not be linked and it could look like they missed the second dose.”

The gap was expected, the CDC said, pointing out that groups initially prioritized for vaccination, like healthcare workers, were more likely to get vaccinated at their work site, “potentially reducing barriers and increasing adherence to the recommended vaccine schedule.”

“The reasons behind the delayed or missed second doses, however, require further analysis,” the spokesperson said, and officials should work to understand whether this is due to access or vaccine hesitancy.

Fauci has said he worries half-vaccinated people may not be as well protected against new variants of the virus, or worries they could become infected and replicating virus in their own bodies could evolve into new variants.

The vaccines by Pfizer/BioNTech and Moderna require two doses — administered three and four weeks apart, respectively — to be considered fully effective. The World Health Organization has said it’s safe to give Pfizer/BioNTech’s two doses as far apart as six weeks, but US federal vaccine advisers say it’s best for people to stay as close to the schedule as possible.

The stark global divide in the Covid-19 pandemic

admin - May 15, 2021 0
Jewish worshipers lingered at the holy site of Mount Meron on Friday trying to understand how the disaster unfolded. The scene of the disaster...