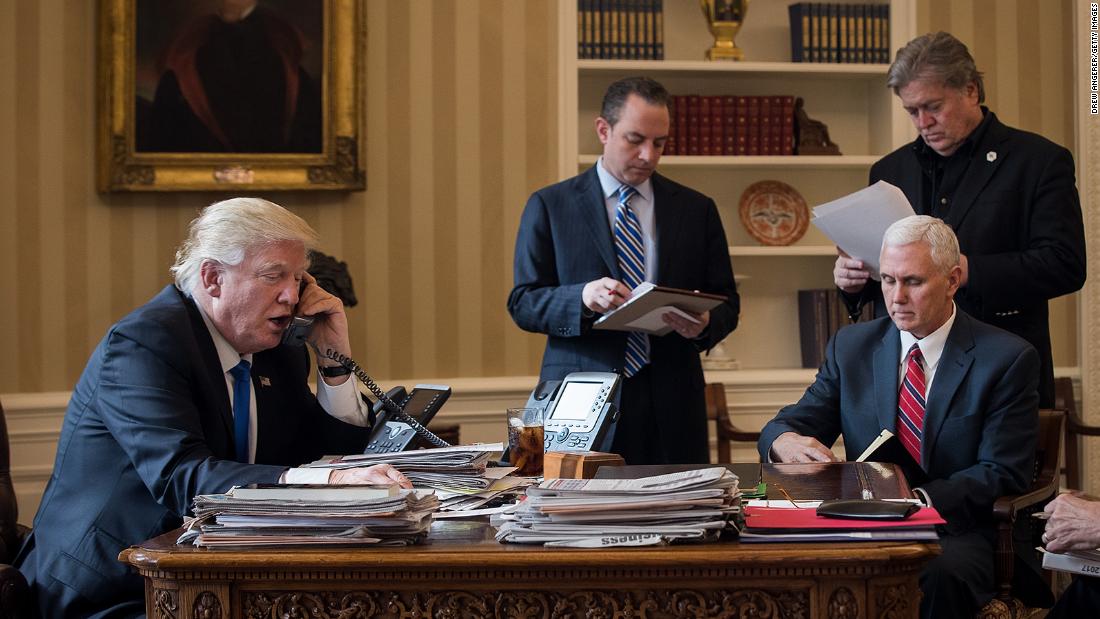 After all, Pence has been fulfilling that role more and more in the final weeks of Donald Trump’s presidency, as the 45th president has retreated more and more into his own conspiracy-theory cocoon.

In fact, it will be Pence, not Trump, on the dais on the West Front of the US Capitol on Wednesday as Joe Biden is sworn in as the 46th president of the United States.

It’s uniquely possible that these last few weeks will be the best it gets for Pence. That his role as the sort of de facto president after the real one decided he was no longer interested in the job will be the acme of a political career that once seemed to have so much promise.

Pence staked his political future on Trump when he agreed to be the billionaire businessman’s second-in-command in 2016. Pence was facing a surprisingly serious reelection challenge — although he was still favored to win — but saw a shortcut to the top of the Republican pile if Trump happened to win.

And Pence spent almost the entirety of Trump’s term trying to make good on his gamble — defending the President at every turn (and oftentimes against his own past moral convictions) in order to be at the front of the line to inherit the Trump coalition in 2024 or 2028.

Then that all ended — in a flash — when Pence refused to bend the Constitution to its breaking point (as Trump wanted) in order to somehow invalidate the results of the 2020 election.

“Mike Pence didn’t have the courage to do what should have been done to protect our Country and our Constitution, giving States a chance to certify a corrected set of facts, not the fraudulent or inaccurate ones which they were asked to previously certify,” Trump tweeted amid the January 6 attack on the US Capitol. (Some of the rioters were heard chanting “Hang Mike Pence!“)
“The whole Pence team is still very much shaken up by the attempts on his life just two weeks ago, and seems like they are more head-down, focused-on-the-day-job than ever (long one of his tactics for surviving last four years), so future talks kind of froze up after January 6,” explained Tom LoBianco, who wrote “Piety & Power: Mike Pence and the Taking of the White House.”

LoBianco adds that the Pences remain undecided on whether to stay in DC or move back to Indiana in the coming months: “I was hearing Indiana, but have been hearing more now that they stick around DC,” he said.

That uncertainty in where they live is reflective of the broader lack of clarity surrounding Pence’s future.

Politically speaking, Pence is a man without a country. He is FAR too Trump-y for those within the GOP who want a clean break from the soon-to-be-former president. And he is not Trump-y enough for the diehard adherents of the 45th president.

That no-man’s land is a very tough place to be politically as the Republican Party begins to turn — and this is already happening — to the fight for its future (and the 2024 nomination).

The Point: Pence’s big gamble failed. Because he bet on a guy in Trump who views loyalty as a one-way street (among other character flaws). Pence is now, almost certainly, done in national politics — another victim of Trump’s political poison.

Massacre in the mountains: How an Ethiopian festival turned into a killing spree

Mayday: How the White Helmets and James Le Mesurier got pulled into a deadly battle for truth

Massacre in the mountains: How an Ethiopian festival turned into a...

admin - February 27, 2021 0
The corpses, some dressed in white church robes drenched in blood, were scattered in arid fields, scrubby farmlands and a dry riverbed. Others...